On its 40th year and amid the growing tumult of an unreformed political and economic system, IBON is glad to share online Serve the People, Ang Kasaysayan ng Radikal na Kilusan sa Unibersidad ng Pilipinas by the Congress of Teachers and Educators for Nationalism and Democracy (CONTEND) and Alliance of Concerned Teachers (ACT). – https://drive.google.com/file/d/1NXTd0ObBXidKgPYkbxPnGYEhbn9jYOwJ/view

Serve the People tells of 100 years of activism in the University of the Philippines (UP) through essays and commentaries but as well as poems, songs, images and personal journeys. A large part of the story is the resurgence of radicalism in the 1960s and its growing vibrancy until the 2000s and today. This is told by activists themselves from the university’s rich and continuing history of  serving the people.

We are reminded of the bravery, sacrifices and triumphs of activist youth and academics not just during the Marcos dictatorship but also under the anti-democratic regimes that followed it. They are an inspiration as we confront the growing authoritarianism today.

In our own small way, IBON is proud to continue the tradition of serving the people through its research, education and action. 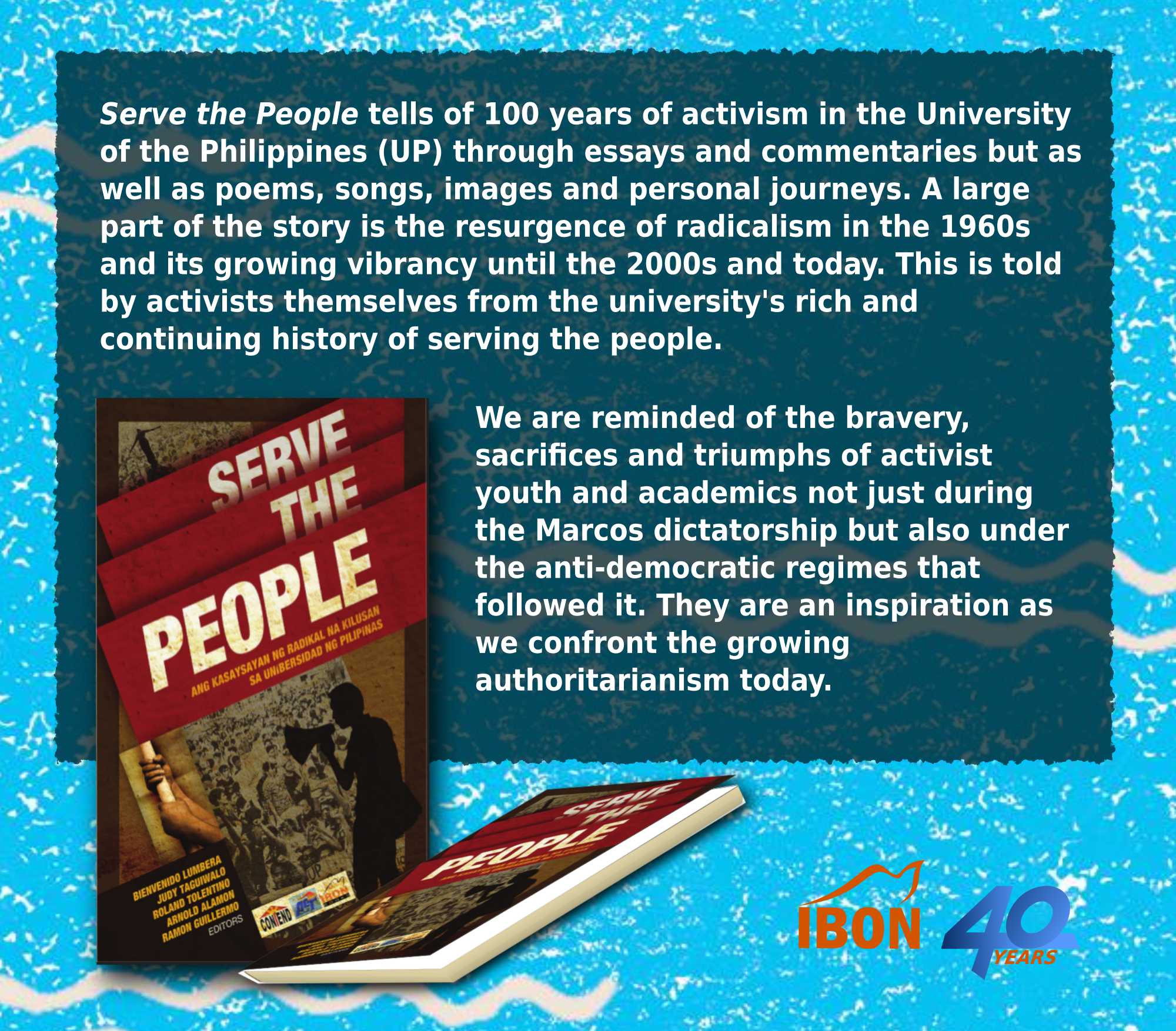