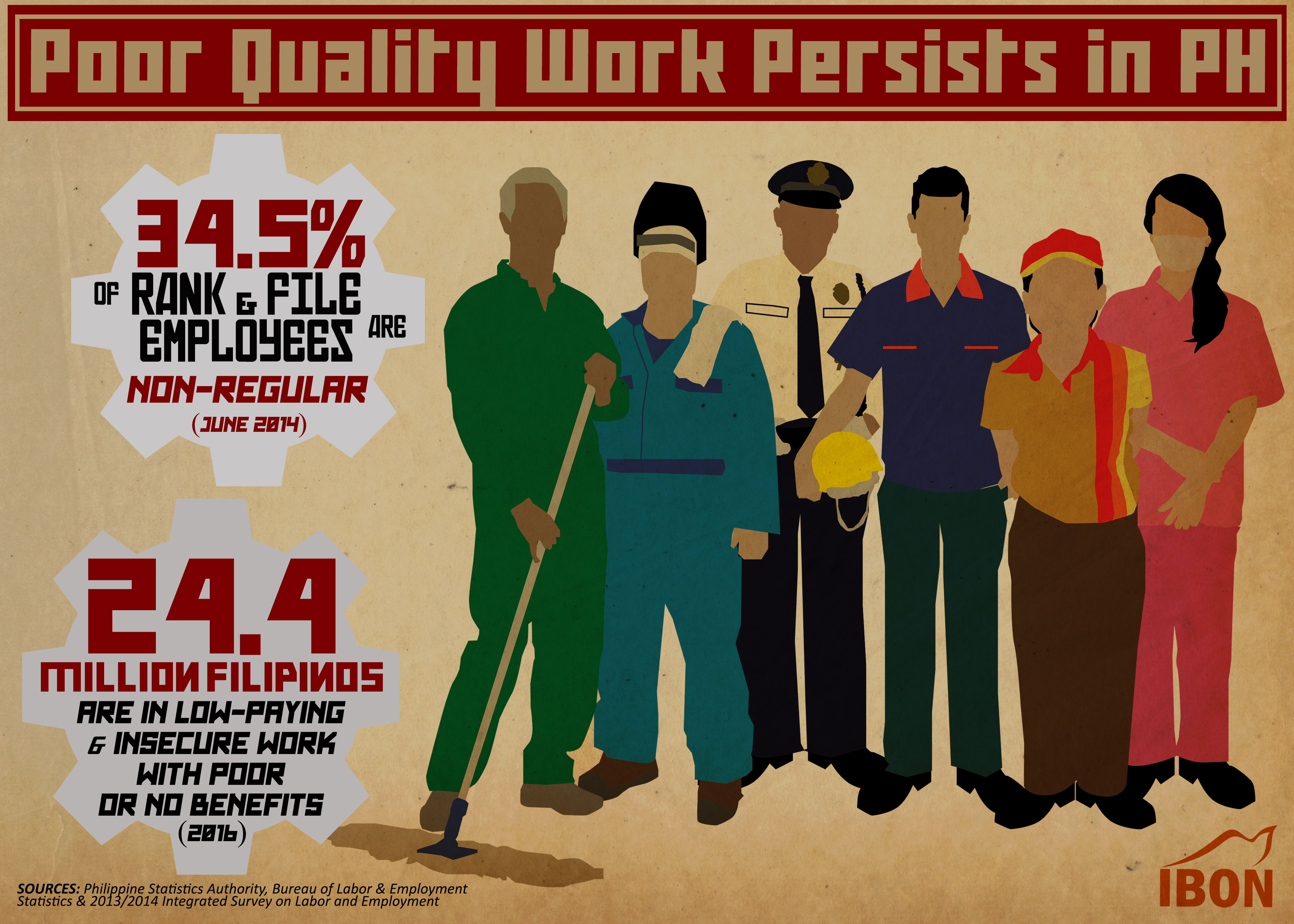 “IBON re-estimates of labor force survey figures amount to over four million unemployed Filipinos with an unemployment rate of over 9% and the officially reported 7.5 million underemployed with an underemployment rate of 18.3% in 2016. This indicates that there are still a considerable 11.5 million who are without work or still looking for more work because of the poor quality of jobs. These are also apart from an increasing number of discouraged workers who stopped looking for work who likely constitute a large number of the 1.2-1.3 million Filipinos dropping out of the labor force. This continuing massive joblessness underpins the economy’s as well as the workers’ continued reliance on overseas work.

​”​At first glance, it may also appear that the quality of work improved in 2016 – the share of part-time workers in employment is smaller at 32.5% and of full-time workers larger at 66.6 percent. IBON’s most recent estimates of the quality of domestic employment meanwhile indicate that almost two out of three employed (63%) or 24.4 million Filipinos are non-regular, agency-hired, informal sector, or unpaid family workers. This means low-paying and insecure work with poor or no benefits.” – Change Underway? 2016 Yearend Birdtalk