After a series of failed land reform programs, the large landholdings of the country’s big family names remain. These include plantations of coconut, sugar, banana, pineapple, palm oil, and mango orchards. Their monopoly control extends over the country’s natural resources through mining tenements, forest leases and management agreements, foreshore leases, special economic zones, and tourism zones, and tourism zones including coastal and marine areas, and even expanding in urban areas.
That farmers and the rural communities continue to wage agrarian struggles is proof that the social injustice committed by Spanish and American colonizers when it comes to land retention and reconcentration continues to this day. The country has a long way to go to attain genuine agrarian reform, and only the concerted efforts of Filipino farmers and other sectors can achieve it. (Large Landholdings, IBON Facts & Figures 2014) 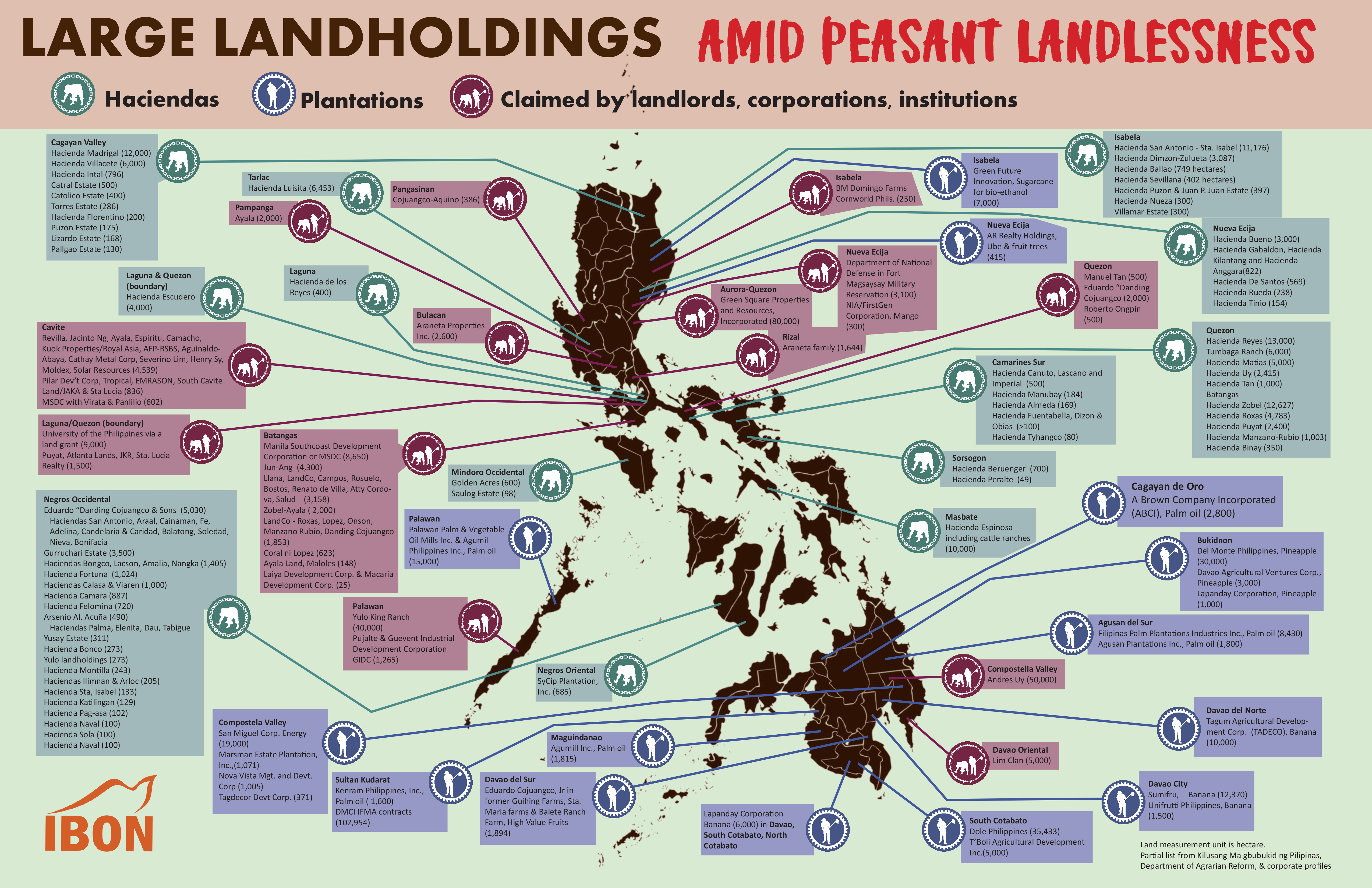