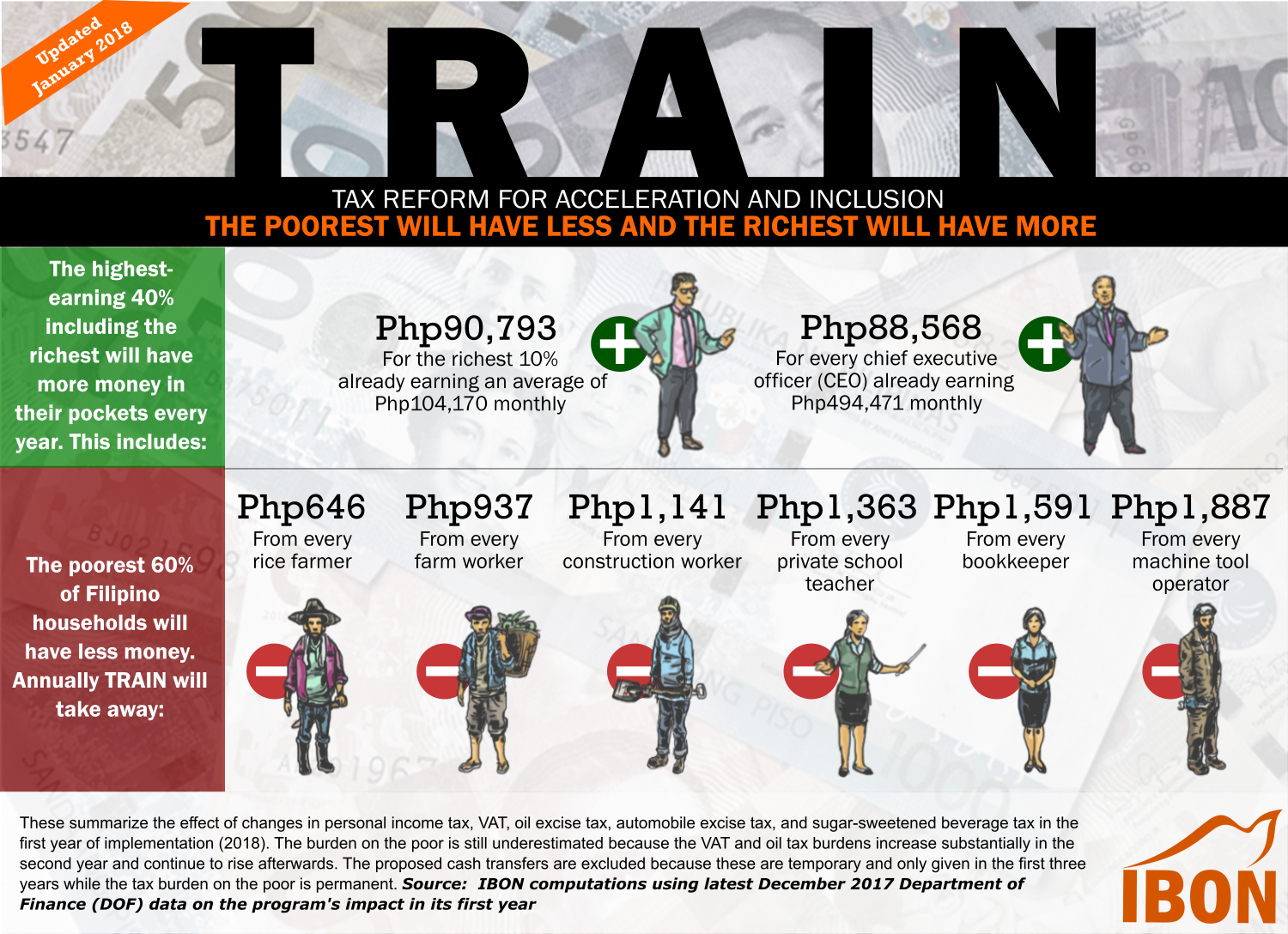 The rich and other higher income groups will have larger take home pay than previously estimated under the new tax law, while the poor will still bear the brunt of paying higher taxes. The highest earning 40% or about 9.1 million households will have even more money in their pockets under the recently passed Tax Reform For Acceleration and Inclusion (TRAIN) Law compared to the original DOF proposal.

This includes how a chief executive officer (CEO) among the top 0.1% of families already earning Php494,471 monthly will take home an extra Php88,568 annually. This is a reversal of the previous estimate that a CEO among the top 0.1% earning Php706,017 would lose Php20,694, said the group. Middle income and lower-middle families meanwhile take home an additional Php7,880 to Php24,343 under TRAIN.

​Contrary to government claims, majority of Filipinos will not benefit from income tax exemptions from TRAIN. About 15.2 million families who already do not pay income tax because they are minimum wage earners or informal sector workers with erratic incomes will not have any income tax gains. Yet while not getting increased take home pay, they will have to endure price hikes as a direct or indirect effect of higher consumption taxes. (From “Even more money​ for the rich under TRAIN law–IBON”, 12 January 2018 IBON Media Release)