(From IBON Features “PH Economy Duterterioraing”–http://ibon.org/2018/08/ph-economy-duterteriorating/) Stay the course, the country’s economic managers always insist. They will be the last to admit bad economic news because eternal sunshine is part of their job. Their recent spontaneous reactions against federalism are however more revealing. They are losing control of the economy as it is and they know the ill-conceived self-serving federalism project will just make things worse.

After just a little over two years of the Duterte administration, the economy is stumbling with adverse movements in key economic indicators. It is not yet a severe economic crisis nor necessarily about to be one soon. Still, it is clear that the fundamentals are unsound and the economy is increasingly vulnerable to a political upheaval or to a renewed global downturn.

The majority of Filipinos are poor and gained little when times were supposedly good – but they will be hit the worst when the illusion of progress is finally broken. 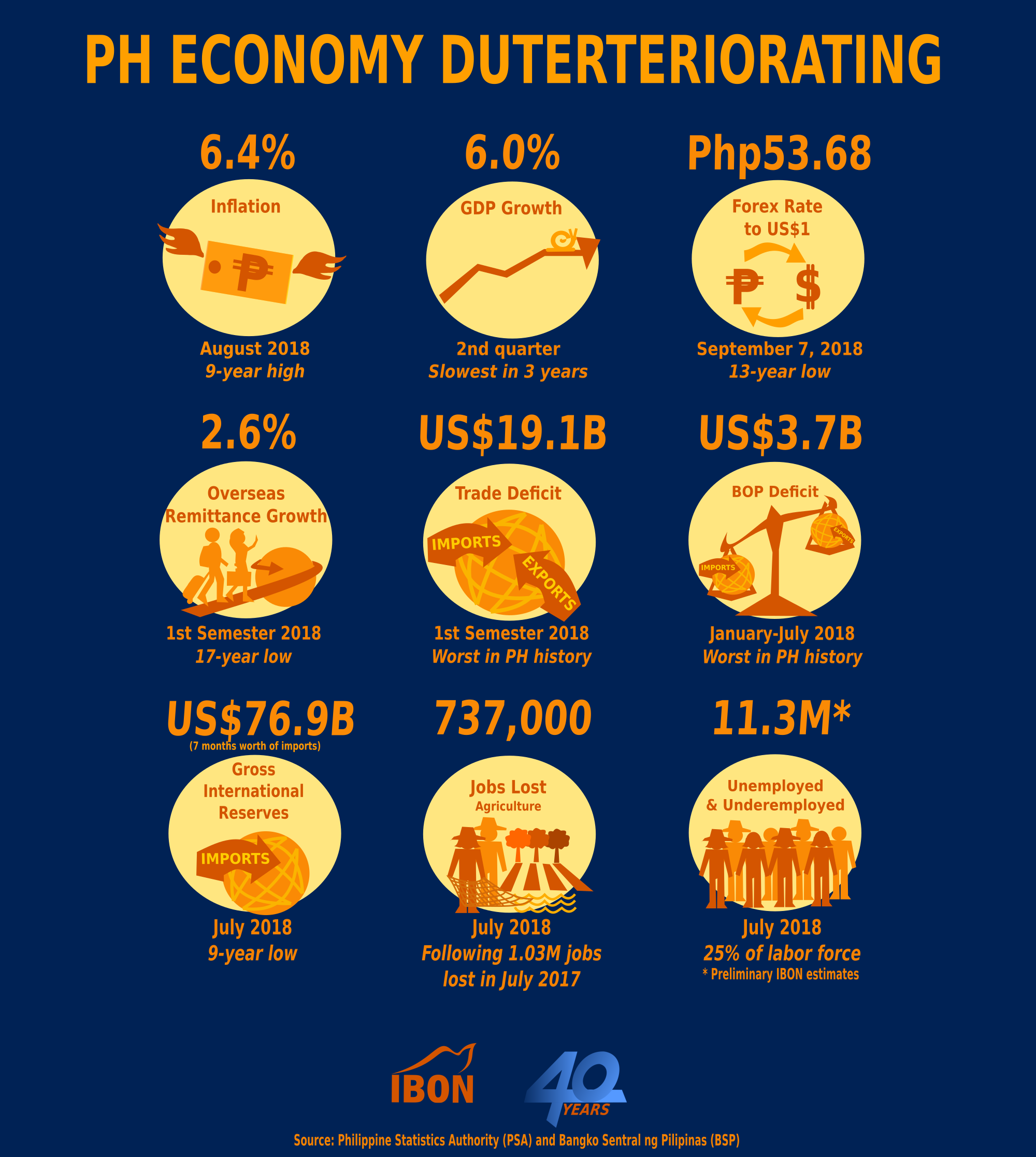