Under the tax ‘reform’ package which is currently being deliberated by the Philippine Senate, the poorest 60 million Filipinos will pay Php47.0 billion in additional taxes next year which is 2.3% of their combined family income of some Php2.0 trillion. The highest income 40%, meanwhile, will pay Php47.6 billion which is only 0.8% of their total family income of some Php4.1 trillion.

Taking all the components of the tax package into consideration, the highest income 40% will gain Php140.1 billion from lower personal income, estate and donor taxes. This off-sets much of the additional Php187.7 billion they will pay in additional VAT, petroleum, sweet beverages, and automobile taxes.

On the other hand, the poorest 60% do not gain anything from lower personal income taxes – being exempted from paying this already. They will however pay an additional Php47.0 billion in additional VAT, petroleum, and sweet beverages taxes. This does not include further inflationary effects.

These estimates exclude the Php2,400 cash transfer in the first year for the poorest half of families that the DOF is hyping to cover up for the gross inequity of the tax reform package. After 2018, the cash transfer will be discontinued but the tax burden on the poor will remain. The tax burden on the poor will actually become even worse as even higher petroleum excise taxes start to be applied. (Lifted from “Tax Reform Burdens Poor More Than Rich” at https://www.ibon.org/2017/07/tax-reform-program-burdens-poor-more-than-the-rich-ibon/) 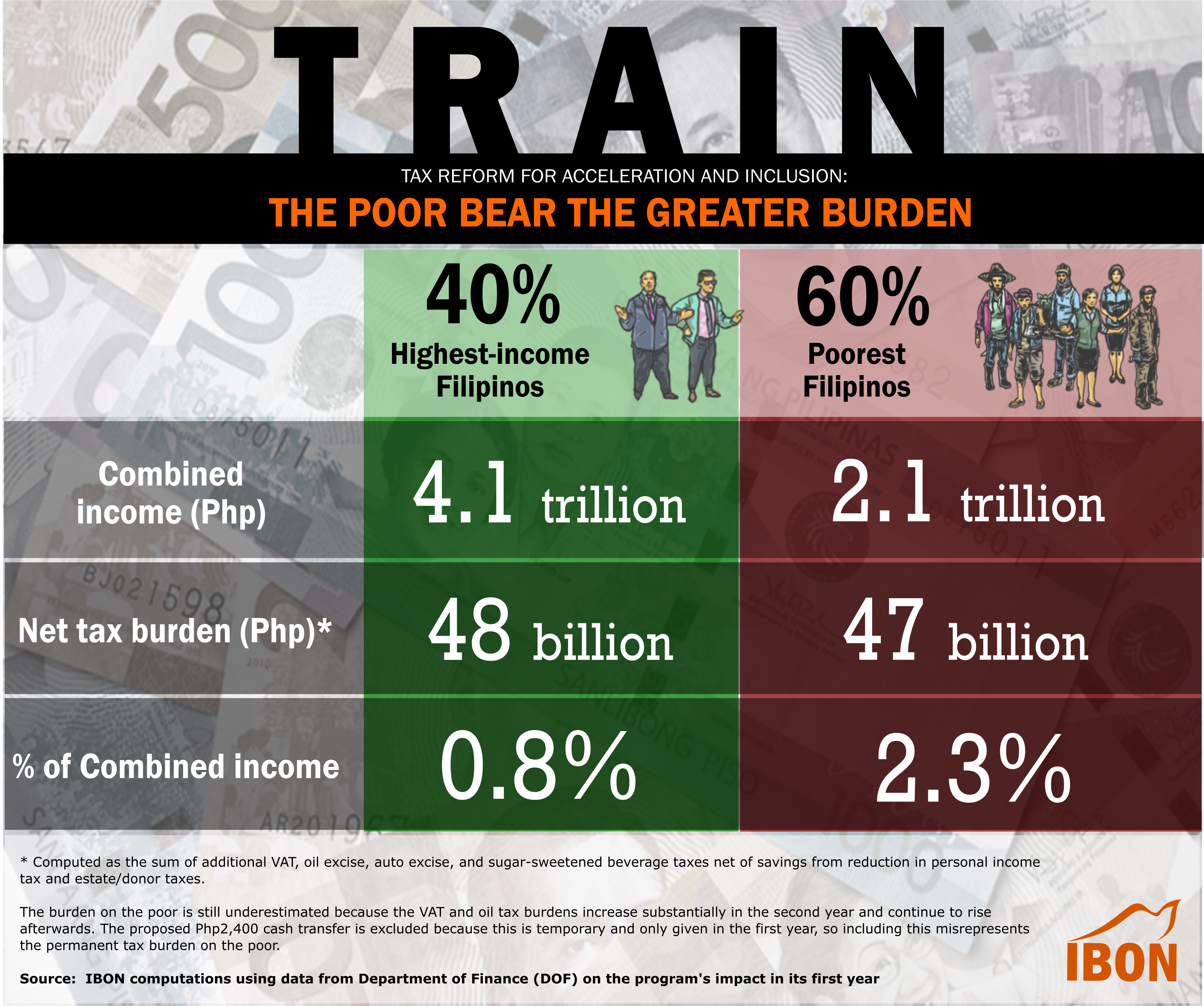