Though welcome, the recent wage hike in the National Capital Region (NCR) does not increase the minimum wage earners’ purchasing power. The real value of the minimum wage is even falling while the people face higher taxes under government’s proposed tax reforms, said the group.

The NCR Regional Wage Board recently announced a Php21 wage hike, raising the nominal value of the NCR minimum wage, the highest in the land, to Php512. IBON said that despite the hike, the NCR minimum wage today is actually worth less than the Php491 minimum wage in June 2016. This is because its value has been eroded by inflation that has averaged 2.7% monthly since June last year. Measured at 2006 prices, the minimum wage today is worth just Php368, which is even less than its Php369 value in June 2016. The eroding real value of the minimum wage weakens working Filipinos’ purchasing power, said IBON.

IBON also pointed out that this amount is not even half of the Php1,145 family living wage (FLW). The FLW is the amount needed by a family of six, the average size of low-income families,  to get by decently every day.

The working people’s low-value incomes will even be aggravated by the Duterte administration’s Tax Reform for Acceleration and Inclusion (TRAIN), said IBON, which will impose more consumption taxes. These include additional items to be charged with 12% value added tax or VAT such as power, low-cost housing, shipping and cooperatives; additional Php3-10/liter of various oil products fom 2018-2021; and an additional Php 10/liter volume capacity of sweetened beverages using locally-produced sugar.

The group said that the poor are doubly disadvantaged by insufficient minimum wages and a tax program that will take away from the poor who already have little as it is. Government should be bolder in crafting a wage policy that will demand employers to raise the minimum wage to a sufficient level, said IBON. Government should also stop taxing the poor and generate much-needed revenues for public and social services by taxing the wealthiest.### 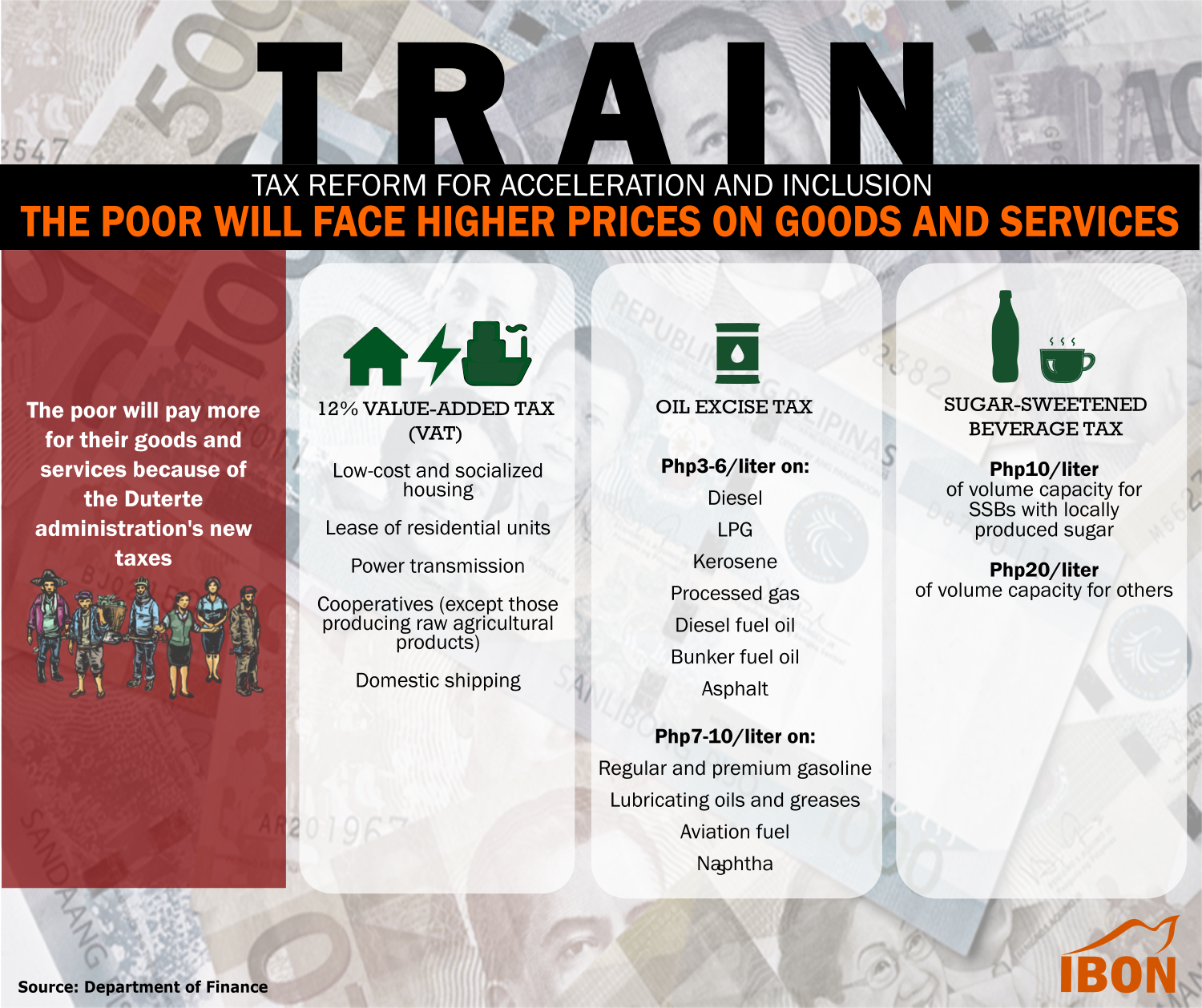